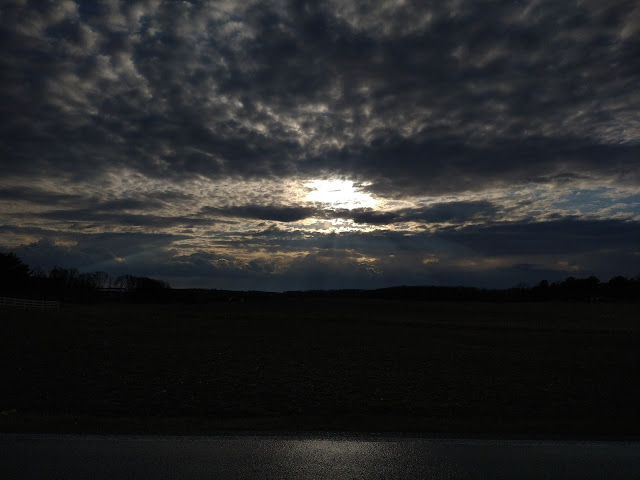 The Scriptures are the inerrant Word of God. God has given his word to his people and tells us that it is profitable for all Christians, at all times, in all places. Yet, at times the Scriptures present situations that puzzle Christians in their studies. One such question is, “how can unrighteous people enter heaven?” This is an important question as the hope of the gospel is that sinners can be forgiven and enter heaven to be with God for all eternity. This post will seek to demonstrate that Christians can have hope of salvation and an eternity with Christ Jesus based not only on the death of Christ, but also granting of righteousness through the life of Christ. This explanation will be given by dissecting the theological term imputation.

The Need for Righteousness

The basis of the question that is posed above comes from Jesus as he preached the sermon on the mount. In Matthew 5:20 Jesus tells his listeners this, “For I tell you, unless your righteousness exceeds that of the scribes and Pharisees, you will never enter the kingdom of heaven.”[1] In this verse, Jesus is not saying that one needs to compare himself to others in order to see if he could enter heaven, but rather that no unrighteous law breaker may enter heaven. Stuart Weber says this of Jesus’ words in Matthew 5:20, “This is an enormous statement. It would have shocked Jesus’ listeners, because the scribes and Pharisees were considered the ultimate example of righteousness. To the Jewish listener, Jesus’ statement meant that no one could enter heaven.”[2] Jesus told those listening that you cannot go to heaven unless you are perfectly righteous. This is a great issue for mankind when Paul’s words from Romans 3:10 inform us that, “None is righteous, no, not one.” This statement is not only one of few, but one of many. Isaiah 53:6 says, “All we like sheep have gone astray,” and Ephesians 2:1 informs the believer, “And you were dead in the trespasses and sins in which you once walked, following the course of this world.”

All have sinned, all have gone astray, and by nature, all are dead in their sin. Weber comments, “No amount of lawkeeping was good enough because the problem is the human heart.”[3] With this in mind, if no one is righteous and you must be righteous to enter heaven, how can anyone enter heaven? The answer is found not only in the death of Christ, but also the life of Christ.

The benefit of the gospel is often viewed as the forgiveness of sins. While this is truly part of the gospel, the work of Christ accomplished much more. The Baker Encyclopedia of the Bible says, “In the Bible, righteous conduct is something one ‘owes’ to God; hence, in theology, sin is described figuratively as being ‘in debt.”’[4]. All of mankind received this debt from Adam as their representative. This is why Romans 5:12 says, “Therefore, just as sin came into the world through one man, and death through sin, and so death spread to all men because all sinned.” Since all men are in debt to God, forgiveness of this debt is only received by grace through faith in Christ. However, forgiveness leaves the individual with a bank statement of zero, and zero righteousness is not what Jesus said one must have in order to enter heaven. Perfect righteousness is needed. Though this seems like a hopeless situation, Jesus accomplished the righteousness needed in his perfect life on earth.

The imputation of man’s sin to Christ is what is normally spoken of in reference to our salvation. It is the forgiveness of sins by Jesus’ death on the cross. MacArthur says of verse 2 Corinthians 5:21 and Isaiah 53, “What it means is, the Lord took all of the iniquity of all of us and it fell on Christ.”[6] Mankind, dead in sin, could not be justified without the guilt of sin being demolished. This is the first part of imputation. Jesus became sin, bearing the weight of the guilt of his sheep. Paul’s words do not mean that Jesus became a sinner, since he was without sin, but rather that he took the punishment for our sin. David Garland explains, “The one who lived a sinless life died a sinner’s death, estranged from God and the object of wrath. He was treated as a sinner in his death.”[7] Sin is an offense to God and is deserving of eternal punishment. While rightfully God’s wrath is aimed at mankind, God in his grace saw fit to make a way of forgiveness. Therefore, Stephen Nichols says, “Christ took upon Himself our sin. Our great debt was put on His account. Christ paid the horrific penalty as the cup of God’s wrath was poured out upon Him.”[8] God’s wrath was satisfied on the cross, allowing mankind to be free from guilt though faith in Christ’s work alone.

Though the imputation of man’s sin to Christ is the great mercy of the gospel, if that was all that Christ did, mankind would be left without what is necessary to enter heaven; debt free but no good. However, Paul’s words give a second picture of imputation that comes from faith in Christ. When a sinner trusts in the Son, not only is his sin taken by Christ, but Christ’s righteousness is transferred to the sinner. The imputation of Christ’s righteousness, defined in the Baker Encyclopedia of the Bible, is, “God’s judicial act of accounting righteousness to the unworthy, strangers and aliens.”[9] This act means that a sinner’s guilt is taken from him and replaced with what is necessary for entrance to heaven. This transaction is described by Jeffery Miller, “In exchange for the human sins that have been imputed to Jesus’ account, Jesus’ righteousness is imputed to the accounts [of] all who believe in Him as Savior.”[10] In this divine transaction, God can not only declare the sinner forgiven of sins, but also righteous in his sight. MacArthur and Mayhue say, “Without the positive provision of righteousness, mere forgiveness would leave us in a state of innocence or moral neutrality, as Adam was before the fall—reckoned as never having sinned but as never having obeyed either.”[11] Christ’s death was the bearing of sin upon the cross and receiving the wrath of God on behalf of sinners, Christ’s resurrection was the victory and confirmation of God’s satisfied wrath, but Christ’s life was the fulfillment of the Old Testament law that a sinner could never accomplish. He was righteous for his elect, that they might be a living sacrifice as an act of worship to him (Romans 12:1–2).

Righteousness is a requirement for heaven. God, the righteous and perfect judge, has set his standard for entrance to heaven. But in his grace, he made a way of salvation through the death of Christ. The issue of how God can be both just and merciful is found in the work of imputation. Christ bore the sins of his sheep and gave them by faith the righteousness of his perfect life. In Romans 3:26, Paul says, ”It was to show his righteousness at the present time, so that he might be just and the justifier of the one who has faith in Jesus.” The only way for God to be just in punishing sin and the justifier of those he chooses to be objects of his mercy, was for Christ to take the punishment of man and give to them his perfect righteousness. This beautiful gift is to be received through faith alone in the complete work of Christ and repentance of sin. What makes the gospel so good is not only the forgiveness of sins in Christ’s death, but also the securing of righteousness for his elect through his life.

[1] Unless otherwise noted, all biblical passages referenced are in the English Standard Version (Wheaton, IL: Crossway, 2016).