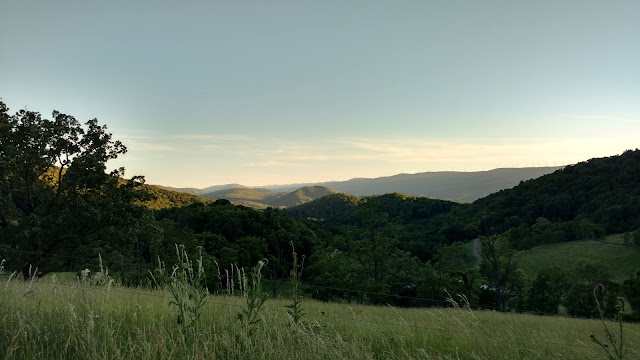 It is evident through Scripture that God does not change (Heb. 13:8). Through this theological point of Christ’s immutable character, one can also say that all three persons of the Trinity do not change since the three are all God. While Hebrews 13:8 teaches that their character does not change, it is not speaking of their duties. For an example, Jesus obeyed the will of the Father to be crucified and die for the sins of many (Heb. 9:28). Jesus, on the cross, cried out the glorious phrase in John 19:30, “It is finished.” Jesus did not have to die on a regular basis to save His sheep (1 Pet. 3:18). Every single sheep was bought, paid for, and secured by the one time sacrifice. Jesus is ultimately the Savior and His people are still being saved, but that specific obedient action of dying does not need to reoccur.

The Holy Spirit Anointing and Enabling Solely for the Theocracy

The Holy Spirit has different tasks at different times as well. In the New Testament time period to present day, His duty or task was and is to convict and regenerate the elect to salvation (Jhn. 3:5). But this is not the only task that the Holy Spirit was ever given. The Holy Spirit is found in a number of places throughout the Old Testament coming upon people like Moses, Joshua, the workers of the tabernacle, Othniel, Gideon, Jephthah, Samson, Saul, David, and the prophets to speak on God's behalf.[1] Then the Lord was silent between Malachi and the beginning of the New Testament. The Holy Spirit is recorded to have done many great things in the early New Testament, such as the birth of Jesus and the indwelling of John the Baptist. However, the most immaculate theocratic anointing  was when Jesus was baptized and the Spirit of God came down on the Son to fulfill the mediation between lost man and God; this event also fulfilled Isaiah 11 and 61 as Jesus was endued with power at His baptism.[2]

Jesus was fully God in His incarnation. The Holy Spirit coming upon Him did not add to His power but signified that the Lord is still King and it is Christ that mediates between God and man as the King of kings. Man cannot serve as a mediator due to sin and the Old Testament is full of examples of the mediators falling short. However, Jesus’ baptism was a sign of Him becoming the new mediator.

What this does not mean is that Jesus needed to repent of sins and be baptized. That belief is blasphemous towards the deity of Christ. Scripture is perfectly clear on this subject as 1 Peter 2:22 says, “He committed no sin, and neither was deceit found in His mouth.” Let’s take this point further. If Jesus had to be saved the resurrection and the forgiveness of sins would be nonexistent and not even attainable for the lost soul. “You know that he appeared to take away sins, and in him there is no sin.” (1 Jhn. 3:5). So either, the Bible is wrong and errant which renders salvation impossible and life pointless, or the Bible is true, Jesus did not sin and did not need to be saved, thus, making salvation attainable for the Jews and the Gentiles (Rom. 10:12). This post is not meant to prove the inerrancy of Scripture, but view the role of the Holy Spirit. Scripture is inerrant and completely trustworthy, therefore, Jesus did not need to be saved. It is highly important, when teaching the Bible, to ensure that what is being taught does not contradict the rest of the didactic. Therefore, Christ's baptism was a symbol of Jesus coming to mediate where man failed. Thus, the baptism was a theocratic anointing.

There are passages in the Bible that are incredibly clear when it comes to the roles of the Holy Spirit. “In him you also, when you heard the word of truth, the gospel of your salvation, and believed in him, were sealed with the promised Holy Spirit,” (Eph. 1:13). It is clear that Paul is saying that one cannot lose their salvation due to the sealing work of the Holy Spirit. The "promised Holy Spirit" is referring to Jesus’ promise to the disciples in John 14:25, when He says that He will send the "Helper," the Holy Spirit. So, with this passage in mind, how does one deal with Psalm 51:11 which says, “Cast me not away from your presence, and take not your Holy Spirit from me,”? These two passages seem to be saying the complete opposite. Paul is saying one cannot lose the Holy Spirit while David is asking God to not take away the Holy Spirit. These two people are talking about the same Holy Spirit, while one is saying that He does not leave but the other is assuming that He can leave. What should believers understand to be truth: perseverance of the saints or fall from grace? Can someone fall out of the good graces of God and no longer possess that gift of salvation? The simple answer is no, for David is asking to be forgiven, so that, he can continue on as God’s representative. This is found by the context of Psalm 51:11.

David: The Sinner and the Chosen

The background to Psalm 51 is David’s response when Nathan confronted David's sin after he murdered Uriah and took his wife Bathsheba for himself (2 Sam. 11-12). David’s justifiable fear that is made evident in the passage is most likely him fearing to become like Saul when the Holy Spirit left him in 1 Samuel 16:14.[4] This seems to be troubling that the Spirit left Saul. Is the action of the Holy Spirit leaving Saul and the possibility of Him leaving David, a sign of losing salvation? This can be explained through context. David was anointed by the Spirit when he was chosen to replace Saul. Saul was the dynastic ruler who was anointed for the sake of representing God. David replaced him as mediator. David is requesting God to allow him to continue to mediate between God and His people. David did not want to lose that blessed position to represent God. However, God would have been just to remove that duty from David and given it to another on account of David's misrepresenting God, resulting in him becoming an adulterer and murder. Even David marrying Bathsheba was considered evil (2 Sam. 11:27). Therefore, David is confessing his sins to God and begging for His forgiveness. David’s anointing of the Holy Spirit was not salvation, but the enabling of him to carry out theocratic duties. Psalm 51 is not referring to the Holy Spirit indwelling like He does today, or of the salvation of David, but the enabling of David to fulfill the theocratic duties of the kingship, ultimately to reflect God. The salvation of Saul is a moot point. The fact is that Saul was no longer able or fit to be that theocratic representation of God’s reign over Israel because he fulfilled the lust of his heart instead of God’s will. The only difference between Saul and David was that David was genuinely grieved to repentance by his sins, while Saul simply felt sorrowful for what he did. This is known by the rest of the narrative where Saul repeatedly did not obey God. Genuine repentance is the death of one’s own desires and turning to a pattern of seeking after God. Saul only sought forgiveness when he was caught, but then returned to sin. David begged God for forgiveness, and then lived for Him. This was the difference between David and Saul, a genuine heart after God.

In the end, God chose David not for his stature, but for his heart (1 Sam. 16:7). It was God who chose David to be His representative. It was God who made David into who he was. Only God can remove the heart of stone and replace it with a heart that seeks to obey Him (Ezk 36:26-27). So, what can be learned from David’s statement in Psalm 51? God is holy and when sinful people miss that mark, they must fall to their knees before God and ask for forgiveness and for their heart to be renewed by His mercy. It is the work of the Holy Spirit who enabled the people of the Old Testament to represent His theocracy and to expose humanity’s desperate need for a Savior. It is only by mercy that one can stand and seek to reflect God’s rule over their life and say, “Soli deo Gloria.