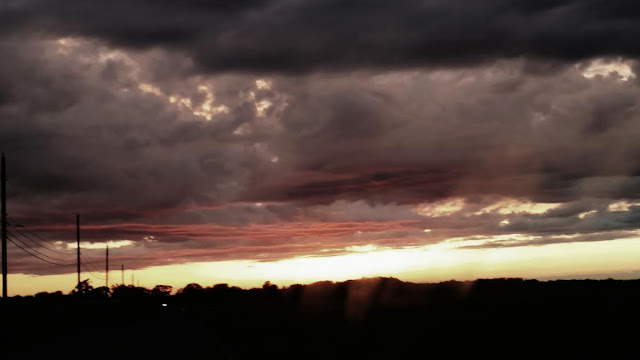 Chaos. With every passing day we wake with anticipation to learn of the latest testimony of turmoil. It seems that chaos has overrun our world, and there appears to be no end in sight. The church has been given the answer to the problems we see dominating headlines, and yet there are very few fighting for the message of reconciliation (2 Corinthians 5:18-20). The true gospel message is in danger of being supplanted by secular ideologies that at best distract with temporal solutions, and at worst, condemn souls to hell. Critical race theory and intersectionality, though outwardly promoted to fight injustice and restore the unity of mankind, in reality foster unforgiveness, pride, disunity, and hate. They assume a “systemic racism” of which one cannot repent, cannot be resolved, and can only be thwarted by a complete dismantling of the system. Karl Marx, who’s teachings are the inspiration and foundation of these godless beliefs, sought not only the destruction of capitalism and individual wealth, but ultimately the obliteration of the Christian faith. This belief system, which is the foundation of the Black Lives Matter organization, cannot be harmonized with Christian doctrine, for it is antithetical to the gospel message. With this in mind, we now turn to the Word of God, our source for authority and direction, in order to hear from God how we should respond when the world demands we support such opinions.

The epistle of 2 Corinthians was addressed by Paul and Timothy to the Church of Corinth during a time of great disunity. Paul, the founder of the church of Corinth by the will of God, wrote this letter, calling the people to repentance for their failure to hold to the truth. The people had bought into a lie that Paul was a false apostle. This lie was propagated by false teachers who denied the true gospel and sought the disunity of the church. Paul wrote this letter after receiving word from Titus that the church had repented of their faithlessness. Thus, he wrote to encourage as well as correct the church, since some of the Corinthian believers continued to believe this false testimony concerning Paul. Therefore, in the midst of this conflict, he sought to exhort the Corinthians to a better way. This "better way" is shown in 2 Corinthians 6:14-16, where Paul commands the Corinthians to be separate from the world.

Paul begins by saying, “Do not be unequally yoked with unbelievers,” (2 Corinthians 6:14). This command is often quoted regarding marriage. While marriage is an appropriate application, it is not the authorial intent. Following along contextually we see in chapters 5 and 6, Paul described the process of salvation, the mandate of gospel proclamation, and the sincerity of his godly affection for those in Corinth. Paul desired the Corinthians to respond with sincere godly love as well, saying in verse 13, “In return (I speak as to children) widen your hearts also.” Paul saw himself as a father to the Corinthian people, and thus he sought to warn them of a danger they had not perceived.

Paul uses the phrase “unequally yoked”, a description from the Old Testament law forbidding the fastening of two different kinds of cattle together for the work of plowing a field, as an illustration of a spiritual reality (Deuteronomy 22:10). The New Testament command, as detailed by the following verses in chapter 6, prohibits Christians from partnering with the world in the spiritual matters of worship and ministry. In the context of 2 Corinthians, the command is for the people to forsake spiritual partnership with false teachers, for there is no right fellowship between righteousness and lawlessness. Paul’s rhetorical questions in verse 14 and following emphasize the separation God commanded of Israel from the world. This is at the core of the term “holy.” Separation from all that is unrighteous is God’s command for His people, as we are called to imitate the character of our God. 1 Peter 1:15 says, “but as he who called you is holy, you also be holy in all your conduct.” Second Corinthians 6:14 continues by asking, “Or what fellowship has light with darkness?” With the literal reality that darkness is the absence of light, spiritually, there is no unity between right and wrong. This truth is seen clearly in the character of God, as 1 John 1:5 says, “This is the message we have heard from him and proclaim to you, that God is light, and in him is no darkness at all.”

To make the distinction even clearer, verse 15 asks,” What accord has Christ with Belial? Or what portion does a believer share with an unbeliever?” Christ is our true King, while Belial, another name for Satan, seeks to steal glory from Him by any means possible. He is the enemy of God, the worthless one, and there is no agreement between him and Christ. In the same way, the purposes of the Christian are in complete contrast from those of the unbeliever. The Christian ought to live for the glory of Christ while the unbeliever lives for self. Biblically, the only part an unbeliever has in spiritual ministry is to be the recipient of the gospel. This should have been the attitude of the Corinthian people toward the false teachers, but instead they allowed themselves to be deceived, not only partnering with them, but receiving teaching from them. Finally, Paul concludes his remarks by asking one final question. Verse 16 says, “What agreement has the temple of God with idols?” In the worship of God, the Corinthians had allowed for the false teachers to infiltrate the church, polluting worship, and causing disunity between the Corinthians and Paul. When the church partners with the world for spiritual matters, we break the command of God, resulting in destructive consequences.

The church today faces a similar issue to that of the Corinthians. Many today are affiliating with the deception of the world. The wicked lies of the false teachers led to disunity in the Corinthian church, and today the doctrines taught by the Black Lives Matter organization result in the same outcome. To understand this, one need only look at the four institutions God has ordained to temporally hold back wickedness in this world: conscience, family, government, and church.[1] The conscience is an inward alarm system, affirming what is right and warning of what is wrong (Romans 2:15).  The family is meant to train up a child in the way he should go, disciplining disobedience before it ever hits the streets (Ephesians 6:1-4). The government is ordained by God to punish evildoers, and all are called to submit to the government as unto the Lord (Romans 13:1-6; 1 Peter 2:13-16). And the church is called to be salt and light, submissive in suffering, calling the world to repentance and obedience to Christ (Matthew 5:13-16; 1 Peter 4:12-16; Acts 17:30-31). Yet, the Black Lives Matter organization not

only undermines, but outwardly opposes these four institutions. This organization promotes violation of the conscience by calling what is right wrong, and what is wrong right in the promotion of homosexuality and abortion. This movement specifically attacks God’s design for the family saying, “We disrupt the Western-prescribed nuclear family structure.”[2] The Black Lives Matter organization encourages rebellion against the government, leading the charge in shameful and lawless riots to dismantle what God has ordained. Finally, this anti-biblical group forcefully strives for the demolishing of the church and its values. The Black Lives Matter organization has found a way to formulate anarchy into a palatable cyanide tablet for society, and too many in the church are lining up to take their daily dose. The church must refuse to partner with it. God is just, and perfect justice will only be accomplished when Jesus our Lord returns to rule as the righteous King. Whenever we talk justice, we have inescapably entered a theological discussion. As Psalm 9:7-8 says, “But the Lord sits enthroned forever; he has established his throne for justice, and he judges the world with righteousness; he judges the peoples with uprightness.” Christian, stand for the truth of Scripture and submit to the command of God to not be unequally yoked with the world. While we cannot compromise, rebel, or be like the world, we must be faithful to the Word of God, do justice in our context, proclaim the gospel, and do all to the glory of God.