There are Only Two Kinds of People: Which One are You? 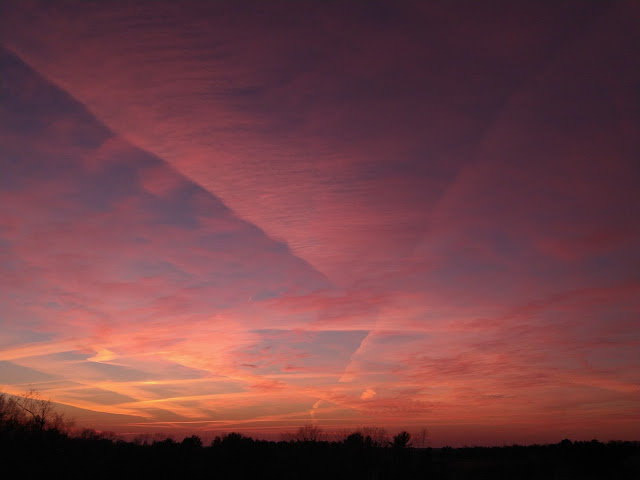 Over the course of the Coivid-19 pandemic the world seemed to shut down. People were forced to contemplate death, and the church was given a wide open door to share the message of the gospel. As a missionary with Open Air Campaigners, I had the privilege of bringing the gospel to people on a weekly basis in Frederick, MD throughout the pandemic. One day stood out in particular, and I will never forget it.

On a cold January afternoon, my sister Shannon and I were on the streets handing out tracts and conversing with passersby about the truth of the gospel. During this outreach we had two conversations that displayed a Biblical reality: there are only two kinds of people. The first conversation began as we approached a young lady to share the message of reconciliation. She was polite and engaged in the conversation, asking questions and thinking intently. As the conversation progressed, she shared that she identified as a transgender man. As the conversation turned to our response (faith in Christ and repentance of sins) she prepared to ask her final question. She asked if her transgender identity and subsequent lifestyle could coincide with the Christian faith. My sister Shannon, who had initiated the conversation, conveyed the gospel message to her again and the truth that individuals must repent of their former life and submit to Lordship of Jesus in order to be saved.  The girl replied with words we will never forget, "You need to open your heart. The most unloving thing I could do is deny myself who I really am." It was hard to hear those words, to hear someone so clearly deny the gospel and deny the call to follow Christ. Jesus said in Mark 8:34, “If anyone would come after me, let him deny himself and take up his cross and follow me.” This is the call of the gospel. No one will ever be saved who does not deny himself. As Dr. Paul Shirley puts it, “In contrast with carnal expectations, following Jesus requires self-denial, not self-fulfillment; suffering, not safety; and submission, not significance.”[1] This poor deceived girl saw the things of this world as more valuable than Christ. While she contemplated the idea of “adding” Jesus to her life, the Words of Christ in Matthew 6:24 ring true, “No one can serve two masters, for either he will hate the one and love the other, or he will be devoted to the one and despise the other. You cannot serve God and money.” Though we grieved for this young lady as she walked away, we trust the Lord that His Word will accomplish exactly what He sets it to accomplish and we have continued to pray for her salvation (Isaiah 55:11).

As we discussed the conversation we just had, I shared with Shannon some passages that might be helpful for her in future conversations. As I was flipping through my Bible a homeless man walked up and asked me if I was reading a Bible. I told him it was indeed a Bible, and he asked if he could have one. He pulled out a small New Testament that was very worn-out. He said he wanted more, he wanted to read all of what God has said to mankind. As we conversed with this man, detailing the same gospel message from our conversation with the young lady, we found a sweetness that is only shared between those who have a common love for Christ the Lord. We gave him a full Bible to take with him and he responded in tears. Full of thankfulness, he began quoting Scripture and telling us how God had made him content. He was a Vietnam veteran and had lost everything. Before he left, he prayed for us and cried. He prayed God would bless the work of the ministry and he prayed that in all things God would be glorified. We rejoice in this man's testimony.

While there is one unchanging gospel message, there are two responses people will have. The Apostle John wrote in 1 John 3:7-8, “Little children, let no one deceive you. Whoever practices righteousness is righteous, as he is righteous. Whoever makes a practice of sinning is of the devil, for the devil has been sinning from the beginning. The reason the Son of God appeared was to destroy the works of the devil.” These verses convey the reality that was displayed to us on the streets: there are only two kinds of people. John exhorts his reader to not be deceived. Jesus came to save people from sin, to destroy the power of sin and the evil works of the devil. Those who are unwilling to leave behind their sin in repentance and submit to the will of Jesus Christ as Lord reveal their true nature as children of the devil. But those who hear the message of the gospel and humble themselves at the foot of the cross will be forgiven and adopted into the family of God.

I call you now to consider this truth. Are you “adding” Christ to your life while simultaneously loving the evils of this world, or have you humbled yourself before Christ by repentance and faith? As Jesus’ said in Mark 8:36, “For what does it profit a man to gain the whole world and forfeit his soul?” Forsake the vanity of worldly pleasures and trust in Christ today.