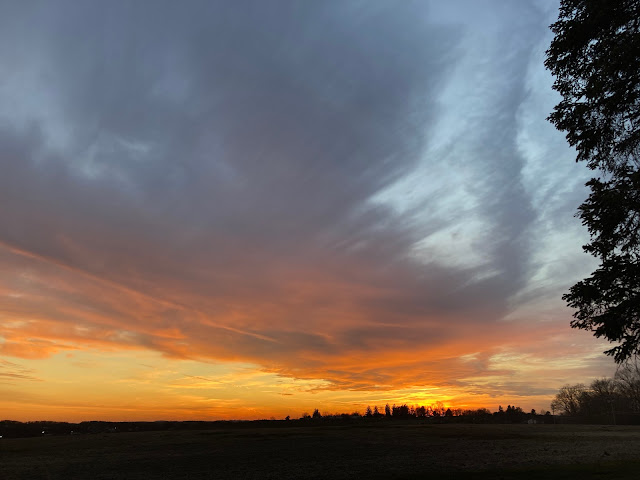 Before we can dive into Genesis 15:6, first we must understand what justification is and why we need to know about it. Scripture speaks about always being ready to give an answer for the hope that one has within (1 Pet 3:15). Justification not only gives hope, but also gives stability for the believer. It is important to understand this doctrine because it is in Scripture. Deuteronomy 29:29 says, “The secret things belong to the Lord our God, but the things that are revealed belong to us and to our children forever, that we may do all the words of this law.” Therefore, if there is any concept in Scripture given to man, man not only should know it, but also must understand it to the extent of being able to teach it through both our words and living. It is God’s revealed Word, mediation, and saving grace that should be the basis of knowledge, hope, and obedience.[1] Due to the fall away from God in Genesis 3, man is completely separated from God and there is no deed that man can do to make himself right with God (Rm 3:23, Eph 2:8-10). However, due to Adam’s sin, sin is now passed down from generation to generation making people innately sinners (Rom 5:18-19). Paul calls man dead to sin, and dead refers to complete and radical sinfulness within the person (Eph 2:1-3). Sin has darkened every part of the human soul, mind, and body for there is no part of humanity that is not subject to the curse that God placed on man (Rom 3:9-20, Eph 4:18). The law of God condemns (Gal 3:10-16); however, it reflects His character for He loves the righteousness prescribed (Ps 11:7, 33:5, Jer 9:24), and hates the unrighteousness that is forbidden (Ps 5:4-6, Isa 61:8, Zech 8:17).[2] Therefore, an outside power must be involved in the saving of mankind.

As previously stated, a case for the need for justification has been given; now we must ensure that it is provided through the authoritative Word of God. Hermeneutics, simply put, is the way one studies Scripture. The best and most accurate hermeneutic would be to follow the examples of the biblical authors left behind in how they studied Scripture.[3] The authors of Scripture are not infallible in and of themselves, but they were humans who were permeated by previous revelation while receiving new revelation so that they would be sure that what they received was accurate because of the infallible Holy Spirit.[4] Therefore the best hermeneutic is one that focuses on authorial intent, the main idea, historical and grammatical context, and then application.[5] The purpose of this blog series is to show the progression of justification from Genesis to the Psalms to Habakkuk to much of the New Testament. The reason for this is to show the clarity and the continual building that the authors of Scripture had, building off one another.

Genesis 15:6 says “And he (Abram) believed the Lord, and he counted it to him as righteousness.” To set a quick context to this pivotal passage, God is making what is called the Abrahamic Covenant where God promises to Abram (his name changes to Abraham later) that he will not only have a son but an uncountable nation as a heritage. This would have been a complete miracle since Abram was well over the age to have children and his wife was barren. But Abram believed God. This wasn’t the first time that Abram believed (12:3) but this where God officially affirms Abram’s belief and ratifies it. The belief of Abram is one that is fully reliant on the author of the covenant. This is not Abram investment plan where if he does this then God will do that. Abram is not seeking what he gets out of it but he is fully relying that God’s will for him is better than his own. The idea of belief here is used as being confident in someone else. The working definition is very similar to the Greek word  pistis which is faith. The first thing that one has to know about faith or belief is that the matter is only as strong as the object that holds it. To see Abrams faith we must go back to the previous chapter (14:22) where Abram refers to God as Yahweh El Elyon which is where he acknowledges God’s domain being over all things.  Abrams confession here is one spoken in confident trust even though he did not know exactly how it would be accomplished.

Therefore, God credited righteousness to him. This is pivotal for the Christian for Christianity teaches that there is no one who does good no not one (Rom 3:23). Therefore, an alien righteousness needs to be provided. This is God placing value onto to Abram that is not intrinsically Abrams but yet granted to him. “This righteousness is extrinsic to Abram and is solely bequeathed by God’s gracious declaration.”[6] It is a gift. This is foreshadowing the salvation that is to come from depravity through imputation to justification. For we are totally separated from God (Rom 3:23), it is impossible to please God without faith (Heb 11:6), faith is a gift from God (Eph 2:8-9), Jesus lived the perfect life to die for sinners and credit His life to theirs (2 Cor 5:21), therefore, making God just and the justifier (Rom 3:25-26). This verse is key in understanding salvation for this verse will be continually built off by authors of Scripture that never met Abraham. Now, is justification something that God speaks into existence overshadowing the laws that have been set in place by His good and perfect will?  No, chapter 15 continues from verses 9-18 where God ensures that Abram’s imputed righteousness is valid by the blood spilt and God passing through the divided animals. To go over this quickly God says that the penalty of sin is death (Rom 6:23) and that without the shedding of blood there is no remission of sin (Lev 17:9). But the one thing that is more important than the spilling of blood is that God accepts the payment of sin and grants justification in passing through the animals (Jn 4:23). This is a foreshadowing of the Passover  and Christ’s atonement for sinners on the cross. Jesus spilled His blood and like the high priest would stand before the congregation symbolizing God’s acceptance Christ stood before the multitudes in His resurrected body. Justification must be granted by God for God’s glory and complete faith and trust is then due to Him. This is only the tip of the iceberg.

[3] Abner Chou, The Hermeneutics of the Biblical Writers: Learning to Interpret Scripture from the Prophets and Apostles (Grand Rapids, MI: Kregel Academic, 2018), 199

[4] Chou, The Hermeneutics of the Biblical Writers, 199

[5] Chou, The Hermeneutics of the Biblical Writers, 199